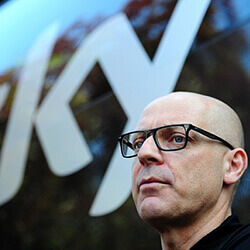 Team Sky boss Sir Dave Brailsford believes that Chris Froome can still win the Giro d’Italia despite his slower pace as they move into the final week of the event.

The first two weeks of the Giro d’Italia were difficult for the British cyclist, but he managed to win his first Giro stage just before getting into the finals. The four-time Tour de France winner’s chances are looking better thanks to his recent success.

Brailsford told reporters, “Can he still do it? Absolutely he can. Vincenzo Nibali was further back in the general classification in 2016 and won. The key guys rise to the top due to an incredible ability to recover.

Froome, 32, has seen some mishaps on the course, and despite some heavy preparation, fell to a crash during stage eight.

At the moment, Froome is three minutes and 10 seconds behind opponent Yates, but with seven stages remaining, there’s more than enough time for Froome to make up the lost time.

Brailsford went on to state, “When the first crash happened that put us on the back foot. Instead of trying to build up during the first week of the Giro, Christ spent it trying to recover from the crash. However, in the last couple of days he’s started to feel better. And the talk last night and this morning was about taking it on. Did I see it coming? It wasn’t impossible. Was it probable? We weren’t sure.”