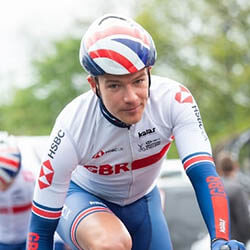 British former world champion rider Ethan Hayer will be joining team Ineos as part of a three-year contract. 21 year old Hayter will focus on his track cycling until after the 2020 Olympic Games in Tokyo comes to an end, after which he will take up road cycling instead. The rider spent a part of his season in 2018 as a trainee while in Team Sky, who became Team Ineos earlier in the year.

Talking about the deal, Hayter said that it was the best place for his to begin his professional road rider career, and also the best place for him to be in regards to the upcoming Olympic Games. Hayer claimed team pursuit gold during the 2019 World Championships before he won silver in the same race for this year’s iteration, and also took bronze in the omnium.

For his road racing, he won the British national award for under 23 year old participants, along with a stage of the Tour de l’Avenir, which is a famous race for any under 23 national teams that have seen many younger winners go on to gain international successes, which includes Tour de France winner Egan Bernal. Hayer joins a number of young prospects that have signed on to Team Ineos in recent years, such as Ivan Sosa, Tao Geoghegan Hard, Eddie Dunbar, Jhonatan Narvaez, and Beranl. Team principal Sir David Brailsford stated that Hayter would be joining an exciting group of young riders.