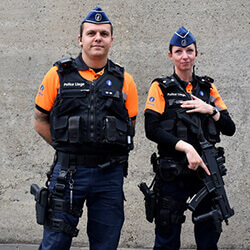 Recently it was revealed by organisers of the Tour de France that over 30000 security agents were to be hired to protect the riders as they completed the event. The increase to security comes after the head of world cycling called for a safer environment for Chris Froome, who has been subject to a number of drug scandals in recent weeks.

Froome was given the go-ahead to take part in the world’s biggest cycling event just days before it was set to begin. The doping charges that Froome faced were cleared by the Union Cyclist Internationale, which is headed by David Lappertient. The decision was not taken well by many followers of the race, and Lappartient has since said that the UCI’s decision needs to be respected, alongside those taking part in the event.

The dropping of doping charges against Froome has caused an outcry in the cycling world, from both fans, as well as other riders. There have even been calls for violence, and it is believed that there is a chance that Froome may be attacked while riding.

Pierre-Yves Thouault, the Tour de France chief of security, expressed his own concerns, and stated that he was read to organise a massive security operation to watch over the 12 million fans that are expected to watch the event as it happens. He went on to explain that 23000 police officers and 6000 firemen will be deployed to oversee the crowds attending the Tour de France.