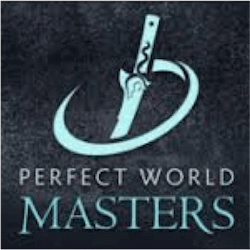 The format of the competition consists of two group stages as well as the play-offs, and the competition will conclude on November 26.  Three of the competing teams will be participating by way of direct invites.  These are Newbee, LGD.Forever Young and Team Secret.  The remaining seven are all competing as a result of having qualified.

Of the ten competing teams, Europe’s Team Secret currently tops the rankings.  Team Secret has been one of the most successful Dota 2 competitors since its formation.  The team consists of 5 playing members and a coach.  The members are Marcus Hoelgaard, Yeik Nai Zheng, Adrian Trinks, Yazied Jaradat, Clement Ivanov and coach Lee Jeong-jae.

Recent victories include placing second in the ESL One Hamburg 2017 as well as in the Dota Summit 2017.  The newest players to have been added are Marcus “Ace” Hoelgaard and Adrian Trinks and these have evidently been very smart choices, especially when considering recent results.

Marcus Hoelgaard is a Danish player and currently ranked 437 in highest overall earnings.  The largest cash prize awarded to Hoelgaard was at the World Electronic Sports Games in 2016.  He placed second overall.  Even just considering the last 3 months, it’s evident that there will be no end to Hoelgaard’s earning capacity very soon.  A sterling choice on the part of Team Secret.

Clement Ivanov, currently the captain of Team Secret, is a prolific player and always one who is up for new things and experimenting with new strategies.  This has been the making of Team Secret’s success story in more ways than one.  Ivanov’s professional career started back in 2007, but it wasn’t until he joined DreamHack in 2009 that he started to become known in eSports circles.

There probably isn’t a better player to be captaining a favourite for this year’s Perfect World Masters.