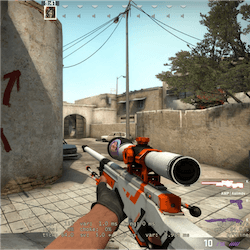 It’s a story of as rival as rivals go – the story of Euronics Gaming vs. Alternate Attax.  The ESL Winter Championships is well under way and a new points system and newly introduced rounds are bound to mix it up going forward.  These systems have already been implemented in the ESL Pro League.

The ESL Championships is Germany’s premier class championship.  The war is made up of Counter Strike: Global Offensive, League of Legends and EA Sports FIFA 17.

Euronics Gaming has recently re-invented itself and established an entirely different team and Alternate Attax has secured a brand new Danish announcer.  Only time will tell whether major changes to team structure coupled with system swops will turn out to be a good idea for any of the competing teams.

The Euronics Gaming vs. Alternate Attax master battle is scheduled to take place on November 4th and forms part of the CS:GO Deutsche Meisterschaft Groupstage.

Alternate Attax has appointed a new coach in the form of Torbjorn “mithR” Nyborg.  The change was recently announced by Niklas Timmermann and the teams’ request for new and fresh input has been cited as the reason for the change.

Another reason may very well be that Nyborg and Hunden have a particularly effective team dynamic.  Hunden was added to the CS:GO team in September as the team’s newest in-game leader.  Hunden has a lot of experience under his belt, having previously played for SK Gaming, Reason Gaming and Tricked ESport.

Hunden has said that joining up with Alternate Attax is a huge deal to him and that he was looking forward to creating something special with the German team.

A positive attitude will certainly serve the new IGL well going into the stand-off with Euronics Gaming.

There have been many big changes implemented in camp Euronics Gaming as well.  It all started in 2015 when the team decided that it was time to compete with the big boys.  The team is currently ranked no. 387 in the world and holds a EU West ranking of 139.  Euronics Gaming boasts an overall all-time win rate of 44%, which loosely translates to winning almost half of all of their games.

They are currently riding the wave of a 4 in a row winning streak and have won 71% of all of their matches played in October. Not a bad run-up at all to the November 4 match against Alternate Attax.