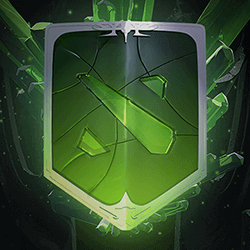 The Dota 2 International 2018 tournament is officially underway, but the first day didn’t go as organisers had expected. Various outages and interruptions during the matches caused outcry among viewers, eventually prompting Valve to release a tweet apologising for the spotty service.

Despite the apology, many feel that a tournament like the International should not be marred by these kinds of technical problems, especially given the popularity of the event as well as the backing from one of online gaming’s biggest powerhouses.

In the tweet, Valve explained that they were working on some power issues that had caused problems with the stream encoding as well as the network hardware. This came after a day where the event suffered from a multitude of audio mishaps, with sudden volume spikes along with broadcast channels suddenly cutting to blank static.

The International is currently in the group stage, and there are multiple feeds being broadcast for all of the different matches that are taking place on the game floor. The event is taking place in Roger’s Arena, situated in Vancouver, which is a change from their annual venue of Seattle’s KeyArena.

Fans of the International have voiced their anger on social networks, calling out Valve’s technical issues, and many feel the outcry is justified considering the large amounts of money that fans have spent leading up to the International. Day two of the tournament proved to be more successful, and Valve seems to be keeping the technical side working for the time being.