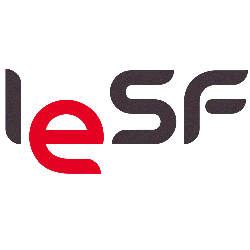 The International eSports Federation recently announced new member federations from Ukraine, Turkey, Kazakhstan, and Colombia. The New Zealand arm was already a member but has now also been confirmed as the national organisation for eSports in this country.

While the IESF currently includes 56 nations, the political landscape for the industry is a fractured one thanks to several organisations competing with one another.

The operation will now allow The Federation of E-Sport of Ukraine, The Turkish Esports Federation, The Qazaq Cybersport Federation, and The Federación Colombiana de Deportes Electrónicos, to recruit and send players to the next World Championships. These are scheduled to take place in Eilat, in Israel, in November 2020.

Additionally, the eBlacks, first formed in March 2016, will now, as an official representative, be privy to guidelines and processes for the distribution of prize money, resources for educational and travel costs, tax statuses, and visas.

According to an IESF list, New Zealand is the 21st country to acknowledge a national eSports body either directly or via its National Olympic Committees or Sports Agencies. Five of these federations, including those of Thailand, Syria, Kazakhstan, Indonesia, and Chinese Taipei, are officially approved by both.

The IESF was established in 2000, and although it’s recognised by Asia’s Olympic Council, eSports have not been accepted as either Summer or Winter Sports by the International Olympic Committee. Additionally, no eSports federation has been able to join the Association of IOC Recognised International Sports Federations which includes several sports not on the Olympic programme, like Motorsports, Chess, and American Football.