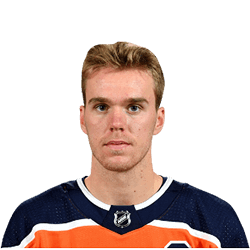 The official, national Canadian team that are to playing in the IIHF World Championships recently announced that Connor McDavid will be taking the reigns as the captain of the team. This comes with the news that the team intends to take gold again, which could be their third gold in just four years.

Alongside McDavid will be Brayden Schenn and Ryan O’Reilly who will be serving as alternate captains for the upcoming season. O’Reilly is not new to being an alternate captain, and the gold medallist worked the role during 2016.

Bill Peters, head coach for the team, had this to say, “We have a mix of youth and veterans on our team, and the three players chosen to wear the letter know what it takes to be successful international competition and that will help us be successful in our ultimate goal.”

Their first pre-tournament game will take place in Riga, Latvia, where they will play against the Latvian national team before the official start of the IIHF World Championships.

Canada is set to open the 2018 IIHF World Championships in early may, and the games will start off with Canada versus the United States, which is to be played in Herning, Denmark. The team is going in strong, and because they’ve won gold at two of the last three games they’ve played in recent years, many believe that the Canadians stand a good chance of coming out on top once again this year.