Expectations for the NHL Regular Season

The NHL Regular Season – What to Expect? 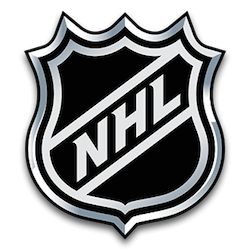 It’s time to gear up for regular season hockey. Now that the NHL pre-season has come to an end, we can look back at the half a dozen or so games and try and gleam a bit of information about what is actually going to happen over the course of the 2017/2018 season. Of course, the pre-season isn’t the best predictor of things to come but it does give a hint of what we can expect.

The standings at the end of the NHL pre-season don’t mean much, if we are being honest with ourselves. If it did, the New York Islanders would already be planning their victory parade. What we have to remember is that the games are played with partial rosters and players who are just trying to get back into the swing of things before the regular season gets underway. So, what exactly can we tell from the pre-season games?

Winnipeg Jets are Getting Better

Last season the Jets finished somewhere around 18th with one extra players. What we have seen in the pre-season is that even if the numbers normalise a bit, it is clear that Winnipeg is going to much higher up the order than what we all expected. They won two of their eight games with a powerplay of an impressive 29.5%.

On the other side of the coin we have the Montreal Canadiens. While there is really nothing to be gained from finishing with a perfect record, you want your team to win at least one game. Losing six straight games have Montreal fans doubting their team before the NHL regular season has even started. What we have to remember is that the Canadiens have far more punch than what they have shown in the pre-season and better defence when it matters.

Take a Close Look at the Hurricanes

Of all the teams in the NHL, the Hurricanes are the most likely candidates to step up this season. Bill Peters had the team in such a tight defensive hold that teams found it difficult to get shots against Carolina never mind scoring against them. If we take a look at their defensive record. The team only allowed 24.6 shots per game. This is the lowest of any team in the league. If this is how the Hurricanes can defend this season, we could be looking at a team with a massive bump in rankings.