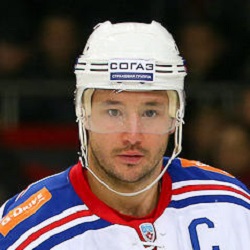 Ilya Kovalchuk, gold medallist from the 2018 Winter Olympic Games, and player for the Continental Ice Hockey League, has decided to pull out from the IIHF World Championship, according to the Russian Ice Hockey Federation press service.

The RIHF has since released a statement regarding Kovalchuk’s choice for not attending, saying, “Forward Ilya Kovalchuk will be unable to participate in the World Championship in Denmark. This was a mutual decision of the ice hockey player and the coaching staff of the national team in regard to a very intense participation of the player in the KHL tournament and the 2018 Olympic Games.:

This announcement coincides with RIHF President’s Tretiak statement not long ago, revealing that Head Coach Oleg Znarok has decided to step down temporarily after leading his team to the gold medal.

After his step down, Ilya Vorobyov was appointed as acting Head Coach for the team, and is set to take them to the IIHF World Championship this year. Znarok will remain with the team for the duration of the championship, but only as a consultant.

Znarok, 55, took reign as Head Coach not long after the 2014 Winter Olympics with the goal of earning gold for the next set of Olympics for years later in 2018. Znarok has also led the Red Machine in four IIHF World Championships, winning a combination of gold, silver, and bronze over the last five years. Their most notable win was in 2014 when they took a gold medal home.