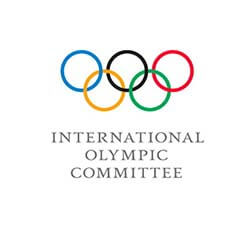 A stern word of warning recently issued by International Olympic Committee president Thomas Bach made it clear that boxing and weightlifting have a long road to travel if the two sports are to remain included as part of the 2028 LA Olympic Games programme.

Bach expressed particular concern over weightlifting, while reminding once more how the sport faced extreme doping and management issues. He also stressed that boxing will have to make significant improvements and restructurings after the judging scandal at the 2016 Rio Olympic Games placed the sport in a very negative light.

Bach also ordered modern pentathlon to interchange horse racing with a more inclusive sport if it were to retain the hope of inclusion in the LA Games.

The IOC president continued by saying that there would be an inroad for inclusion of boxing, weightlifting, and modern pentathlon, but that the governing bodies of these sports would be required to make special reforms by at least 2023. In reference specifically to Aiba, which is boxing’s governing body, Bach said the organisation would have to show itself capable of having effectively addressed the concerns surrounding its governance as well as its financial sustainability.

Of the likely inclusion of sport climbing, skateboarding, and surfing, Bach said featuring “youth-focused” sports will serve a dual purpose once the Games head to LA. He said these sports made a huge contribution to the success of the 2020 Tokyo Games, and also recognises the roots of sports enjoyed by a younger generation specifically within the context of Los Angeles and California.