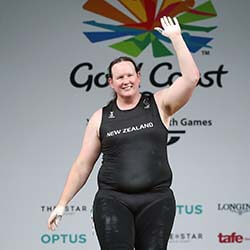 The world of Olympic sports has forever changed as Laurel Hubbard becomes the first transgender athlete to compete in the Olympics Games. This has led to many people questioning the fairness of the decision and reignited the debate on inclusion.

Updated qualifying requirements have allowed Hubbard to compete in the super-heavyweight 87+kg category. She will also be the oldest weightlifter competing in this year’s games.

Previously, she had competed in men’s weightlifting competitions before making her transition in 2013. In 2019, she won a gold medal at the 2019 Pacific Games in Samoa which led to public outrage. The led to many questions about the fairness of having transgender athletes compete in sports, specifically the Olympic Games.

It is worth mentioning that she has met all the requirements that allow a transgender athlete to compete as a woman. This includes testosterone levels below 10 nanomoles per liter for at least a year before their first competition. While this may be the case, scientists have found that the guidelines do not mitigate the biological advantages that come with going through puberty as a male. The perceived stamina, strength, and speed that comes with being a male in addition to faster muscle twitches.

This has led to transgender advocates stepping up and stating that the transition does decrease the advantage and that physical differences never level out the playing field.

Regardless of the controversy, New Zealand is backing her and has given her its full support. She says that the experience has been humbling and she has received the support of so many people.