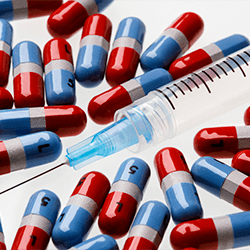 A Texas man has been charged with providing performance-enhancing drugs to athletes competing in last year’s Tokyo summer Olympics. One such athlete had been Nigerian runner Blessing Okagbare.

Eric Lira distributed drugs for the sole purpose of disrupting the Tokyo Olympic Games, the US Attorney’s Office in Manhattan said on Wednesday. Lira, who is 41 and hails from El Paso, became the first person to be charged under a new international sports anti-doping law.

The criminal complaint against Lira makes it clear that Okagbare had been one of his clients. The Nigerian athlete was suspended just hours before the semifinals of the women’s 100 metres in Tokyo after she had tested positive for a human growth hormone.

The criminal complaint furthermore alleges that Lira, who practices as a naturopathic doctor and kinesiologist, had imported misbranded drugs into the US from Central and South America. The complaint also provides details on how federal authorities had examined Okagbare’s cellphone upon her return to the US from Tokyo, and how she had been found to have communicated often with Lira via an encrypted app.

In one of the messages, Okagbare sought advice from Lira about the safety of taking a test on a specific day. And in another exchange, the athlete thanked Lira for a 100m race run in 10.63 seconds.

According to the Athletics Integrity Unit, Okagbare had also tested positive for a blood booster in Nigeria in June last year.