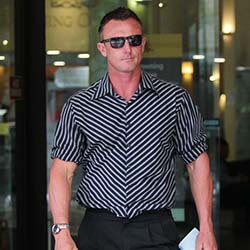 A high-speed boat chase involving former Olympic kayaker Nathan Baggaley and younger brother Dru Anthony Baggaley, has been described as having resembled something straight out of a James Bond film.

Details recently emerged about how both brothers had been involved in the importing of a commercial quantity of cocaine between December 2017 and August 2018. They were reportedly making use of the Queensland-New South Wales border for their dubious business.

As for the Bond-style high-speed boat chase, the incident took place on July 31, 2018, when Dru Baggaley and hired boat driver Anthony Draper had apparently made their way across the waves for approximately 11 hours until they finally met up with a foreign ship some 360 kilometres off the Australian east coast. The boat in question had apparently been hired by brother Nathan Baggaley for the purpose of smuggling the cocaine.

The Brisbane Supreme Court heard on Thursday how Baggaley and Draper had tried to escape from a navy ship after a dramatic pursuit ensued, throwing 20-kilogram parcels of cocaine overboard as they went in an attempt to get the navy to back down on the chase. And even though this did work, to some extent, with the navy finally having given up the pursuit, the two men were later arrested after they were intercepted by members of the Queensland Water Police.

All of the packages on the boat had been successfully ditched by the time the pair were arrested, but a whopping 587 kilograms of the illegal drug was later collected by the Royal Australian Navy as the packages continued to wash up along the coastline.