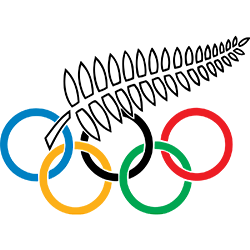 There are over 1000 New Zealand athletes from 31 sports that have officially put their names down for next year’s Olympic Games that will be taking place in Tokyo. The list, which has been finalised by the New Zealand Olympic Committee and National Federations, will make the only year to go until the event. It’s the first in a number of steps taken by both athletes and officials as they work toward selections, and is important for future Olympic Games planning.

More than half of the athletes entered are involved in team sports, which includes men’s and women’s teams for football, hockey, basketball, and rugby sevens. Baseball and water polo teams have also been included for the first time ever, while cycling, equestrian, and rowing will be represented, with those sports making up 50 and 85 names receptively. There are also a number of Kiwi athletes for each of the four sports that are being introduced in the 2020 Games for the first time, which includes surfing, karate, skateboarding, and sport climbing.

NZOC chief executive Kereyn Smith told reporters that selection for the New Zealand team is tough, and while a long list usually has more than a 1000 names on it, the final team will most likely end up being closer to 200. She added that every athlete will need to be dedicated to the tasks ahead, and the big list will help them manage the complex logistics surrounding the Olympic Games.