Tokyo Games Back At 2020 Break Point 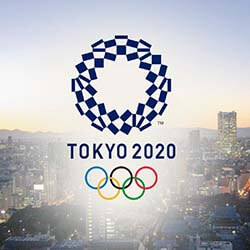 The Olympic rings have been erected in all their glory, a symbol of everything the Games represent, and are overlooking the beautiful Tokyo Bay. The countdown clocks have been set, informing onlookers of the number of days remaining until the start of the Tokyo 2020 Olympic Games – in 2021.

But what is supposed to be an event representing mankind’s exceptional resilience and victory over a common enemy now faces extreme resistance from the Japanese public, and scepticism from international athletes, the sponsors, and also the volunteers set to make the Games happen in July. This as the world continues to struggle under the heavy burden of a global health crisis that has to date killed more than 2 million people around the globe, and its a burden that is threatening to derail mankind’s show of tenacity for a second year in a row.

Thomas Bach, head of the International Olympic Committee, is however adamant that the challenge at hand isn’t whether the Games will take place in July 2021, but instead, how to best make the event take place. Still, it’s no secret that the Games are right back where they were a year ago, when the event had to be postponed in the face of potential disaster.

Olympic officials now have few options remaining at their disposal, with the main remedy banked on right now a vaccination. Several countries have already pledged to ensure their entire delegations are vaccinated in time for the Games, including Israel, Denmark, and Australia. But despite their resolve, it’s no state secret that vaccinated people may still be able to carry and spread the infection, leaving up to 80% of the Japanese population rallying against the event coming to Tokyo in a few months’ time.

The stakes are high, both financially as well as from a humanitarian point of view. And perhaps too high in the case of the latter.