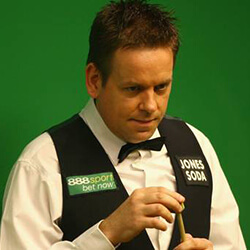 Northern Ireland’s two-time World Champion semi finalist contender Joe Swail has confirmed that he will be retiring from the sport as a professional player. The Belfast player has made the decision due to various mental and health reasons, saying that he can no longer compete at the top level.

39 year old Swail finished the 2018/2019 season 89th in the world rankings after his 10-1 loss to Joe O’Connor during the World Championship qualifiers. Talking about his retirement, Swail stated that he has had a successful career on the snooker circuit and some unbelievable times. He added that retirement is his choice and he will be concentrating on his practice and coaching sessions, and will be playing World Senior and amateur events for the next season.

Swail has been suffering from tinnitus in the last few years, which has left him partially deaf. Starting his career in 1001, he reached the World Championships semi finals in both 2000 and 20001, and made it to the Welsh Open final in 1009, where he lost to Ali Carter.

After losing in the World Championship qualifiers earlier this year in April, Swail stated that his ill health had reached a stage where he was no longer able to focus on his professional career. He stated that he doesn’t want to talk about it because he doesn’t wish to use it as an excuse, but it does affect him, adding that it was frustrating because he loves the game.