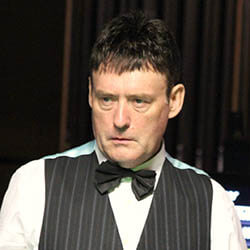 Snooker icon Jimmy White finally won a world title while playing at the world senior event, which was held at the Crucible. Jimmy White has removed his’ nearly man’ tag by winning the venue’s World Seniors Snooker Championship after a career filled with Crucible Theatre losses. The 57-year-old is well known to have finished six times in the Crucible World Snooker Championships as a runner-up, but in order to claim his latest senior title, he had to beat former world number eight Darren Morgan, which he did with a final score of 5-3.

It’s White’s second World Seniors Snooker Championship win, but it’s the first time there was a contest at the location that provoked so much distress to White throughout his professional career. Talking about his win, he told reporters that it felt weird to be a world champion at the Crucible. He added that he had played really well, and while he lacked form when he first started out, he managed to get his act to together, saying that he felt really powerful by the end of the game.

The Englishman’s first victory at the Crucible Theatre in a World Championship game followed after playing against Steven Davis in 1984. Four of White’s six location victories were against Stephen Hendry, the last of which took place in 1994. The World Seniors Snooker Championship for this year consisted of former snooker greats, with White taking home a £ 25,000 award thanks to his latest victory at the venue.