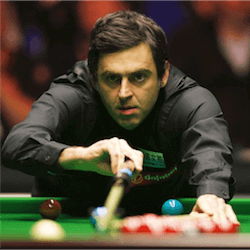 Snooker Masters Around the Corner

When talking prestigious invitational, the Snooker Masters is about as good as it gets.  The 2018 Snooker Masters will run from January 14th to January 21st and will see the 16 top snooker players in the world go head to head at the Alexandra Palace in York, England.

Defending champion Ronny O’ Sullivan, who is quite notorious for taking power naps in between turns of play, will be back to defend his title and up first against Marco Fu.  If O’Sullivan were to repeat last year’s success, this year’s Snooker Masters will be his eighth Master’s title.

World No. 1 Mark Selby will take on Mark Williams and John Higgins will be squaring it off with fellow Scotsman Anthony McGill.  McGill is one of two players making his maiden appearance at the Masters.  The other is Luca Brecel from Belgium.

History Of The Snooker Masters

The Snooker Masters was held for the very first time back in 1975 and is the second longest running competition next to the World Championship.  The Snooker Masters doesn’t count as a ranking event and is widely regarded to be the prime event on the annual snooker calendar.

The Masters has always been an invitation only event, but started out with only 10 invitations being issued.  In 1981 the number of invitations were increased to 12 and finally to the current 16 player format in 1983.

Only a handful of players have won the Snooker Masters more than once, most notably Ronny O’Sullivan, who has won 7 times and will be trying for a record 8th this year.  Stephen Hendry is short on O’Sullivan’s heals with 6 title wins.  Cliff Thorburn, Steve Davis, Mark Selby and Paul Hunter have each won the Masters a total of 3 times.

In 2016 the trophy was re-named the Paul Hunter trophy, in honour of 3-time winner Paul Hunter who passed away at the age of 27.  Hunter had a flamboyant style of playing and soon became known as the “Beckham of the Baize”.

All 3 times that Hunter won the Snooker Masters he did so on the deciding frame.  During the course of his professional snooker career he gathered 114 competitive century breaks.  The sky was the limit for Paul Hunter and who knows what he might have mastered had he had the opportunity and were it not for his very untimely and premature passing.

Hunter died shortly before his 28th birthday of a neuro-tumour.