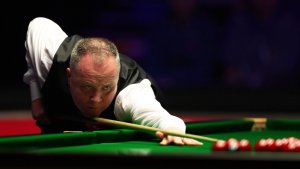 Scotland have claimed victory over China B to win the Snooker World Cup, with John Higgins saying that it was a brilliant moment both for himself and for team mate Stephen Maguire. The 4-0 win against the Chinese team, which consisted of Liang Wenbo and Zhou Yelong was revenge for their loss to China B during the final that took place four year ago.

Scotland last saw victory in the World Cup in 1996, when Higgins was part of a team along with Alan McManus and Stephen Hendry. Talking about his latest win, Higgins said that they had come so close four years ago, but that their latest win more than makes up for it. He added that it was a brilliant feeling and that he had a great partner, adding that one of his proudest moments in snooker was when he had partnered with Alan and Stephen years ago in order to win the World Cup.

Zhou, who was part of the winning team four years ago, and who participated alongside Yan Bingtao, was beaten by Maguire in the opening match that took place in Wuxi. Higgins’ break of 39 and 42 against Liang ensured that he was given a 2-0 lead, and the 45 from Maguire mean that Scotland advanced to a doubles win that pushed them just one point away from overall victory. 24 two-man teams from 23 different nations took part in the event, which takes place every two years.