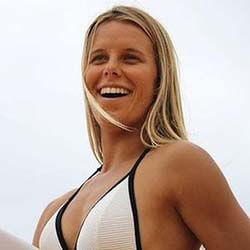 Kiwi surfer and Tokyo hopeful Paige Hareb had to be rushed to a hospital this past long weekend after losing her conscience for a few minutes in El Salvador at the World Surfing Games.

Hareb has now declared herself in possession of a clean bill of health after she passed out for 2 – 3 minutes on her birthday shortly after competing in the Games. She was reportedly rushed to hospital in a police ute shortly after passing out, while unable to speak, see, or react to questions from bystanders. She was apparently accompanied to hospital by fellow-surfer Saffi Vette, among a few more of the contenders in the competition.

According to an Instagram post by the Taranaki athlete, she had passed out shortly after enjoying her birthday cake, which led to a bystander attempting to perform a Heimlich maneuver on the off chance that she had choked. Luckily, this turned out to not have been the case.

Hareb had before the passing out incident finished her competition on the day, and only just missed out on qualifying for a spot in the New Zealand surfing team heading for the Tokyo 2020 Olympic Games in July.

Upon her arrival at a local hospital in El Salvador, the 31-year-old had reportedly undergone routine medical checks for determining the cause of the incident. Checks included a medical analysis of her heart. She was also treated with two IV-drips, and explained that while well, she remains in recovery after the worrying incident.