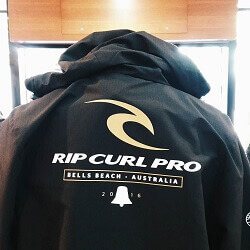 Wright dances on the waves, and is known for putting together stupendous sets out at Bells. He is also one of the surfers with the strongest backhands, so he is a firm favourite.

Smith is a beast, and always surfs brilliantly at Bells. He has a lot of power and flow, and demonstrates every time he’s in the water. His size is also a perfect fit for the bigger waves Bells Beach produces.

The 2018 Rip Curl Pro Bells Beach contest is going to be a very special one for Fanning, since it is his last event. Everyone is hoping that he takes first place, and, when one takes into account how he surfs, it’s not an unrealistic expectation. He truly takes surfing to another level, and he’s more than deserving of the first-place prize.

Morais grew up in Portugal, and has experience surfing Riviera, a popular wave in that country, and one that has a lot in common with Bells. He’s blazing right now, and doing good work on these kinds of waves.

Coffin’s been warming up for the Rip Curl Pro Bells Beach contest for the past few days, and he’s looking mighty fine. If he gets to put what he’s been doing on the waves during a heat, he’s going to be great.

Colapinto is on a roll after a premium performance at Snapper. This is his first year on tour, so he’s got nothing to lose, and is going to be one of the surfers to keep an eye on in 2018.