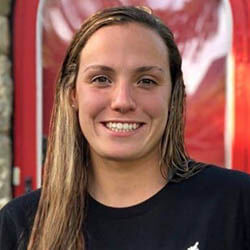 Former US-based and Federation New Zealand pro-swimmer and Olympic qualifier Ali Galyer has moved her Olympic training in preparation of the 2021 Olympics, into Kiwi waters. Galyer recently posted about her intentions to move her training to New Zealand on social media platform Instagram.

According to the pro-swimmer’s social media announcement, she’s excited about graduating onwards to her next “adventure”, and grateful for the four years she got to spend associated with and training at the University of Kentucky. Her time swimming at the university helped shape her into not only the athlete and swimmer, but also the person she is today, wrote Galyer. The swimmer plans on training under the leadership of Olympic swim coach Michael Weston at Auckland’s Coast Swim Club.

Born to a New Zealand-born father and Canada-born mother, Galyer enjoys citizenships in New Zealand (Galyer is a local citizen for athletics), Australia (where Galyer herself was born), Canada, and the United States. Her US citizenship was granted on the basis of the swimmer having moved with her parents to South Carolina at a very young age, where she would then go on to spend the greater part of her childhood years.

A four-time first-team All-American pro-swimmer for the Wildcats, Galyer kicked off her New Zealand athletics career two years ago in 2018. By the time the 2019 World Championships rolled around, Galyer made easy work of swimming the 100m backstroke in a time of 1:01.53, and the 200m backstroke in 2:10.19. Her times placed her in 30th and 12th overall positions for the respective events.