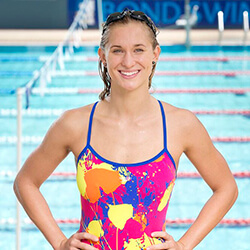 Champion swimmer Maddie Groves has called on more taking of responsibility from Swimming Australia (SA) big boss Kieren Perkins. According to Groves, Perkins is in complete denial over the many cultural issues facing the sport today – including a seriously misogynistic culture. This also happened to be the reason behind Grove’s withdrawal from the official selection trials for this year’s Tokyo Olympics.

Swimming Australia has now called into action a special independent panel tasked with investigating the many claims that have arisen since Groves first raised the issue of cultural problems within the organisation. The panel will reportedly deliver its findings to both Perkins and Aus Sports Commission chair, Josephine Sukkar.

Perkins as recently as June this year challenged the notion of there being any cultural issues present in the sport at the moment. He also said he would defy anyone claiming same. This statement appears to have irked Groves, which has now led to a series of social media posts taking aim at Perkins.

Groves also takes issue with Perkins being one of the people in charge of the special investigations panel. According to a recent post on social media, Kieren cannot be trusted to be reported to on issues within the sport – and especially not since he’s already defying anybody even meaning to come forward about potential problems.

The swimmer in July this year met with Perkins and SA CEO Alex Baumann for discussing her issues. According to Groves, she raised issues surrounding specific people within the organisation during said meeting.