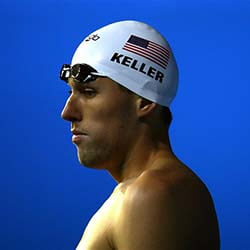 Former Michael Phelps-teammate and Olympic swimmer Klete Keller has been charged over his alleged involvement in the recent violent storming and invasion of the U.S. Capitol by a pro-Trump mob.

Three charges were filed against the 38-year-old Olympian in a Washington D.C. court on Wednesday – knowingly entering or occupying a restricted building, being given to disorderly conduct in the Capitol building, and the impeding of law enforcement and riotous obstruction of justice.

But despite the charges, and despite having been identified by several people as having been part of a crowd being ushered by police towards the exit of the Capitol at the time of the invasion, Keller did not appear to be acting in any way that could be construed as “violently”.

U.S. Olympic and Paralympic Committee CEO Sarah Hirshland on Wednesday issued a statement in which she rejected the Capitol violence. But despite her condemnation of the events, she did not name Keller in her statement. Instead, she merely referred to the involvement of an “alumni” Olympic athlete, saying that the horrific acts witnessed at the Capitol do not represent the values of Team USA.

According to a prominent U.S.-based swimming website, Keller had previously written several posts in support of Donald Trump. The posts can no longer be viewed since Keller deleted his social media accounts shortly after the news of the allegations against him went public. Five people were killed as a result of the violence displayed by the pro-Trump mob.

Trump on Wednesday became the first U.S. president in history to be impeached twice.