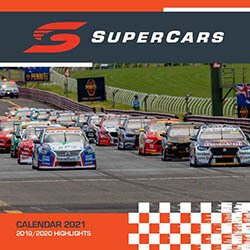 Though the New Zealand round of the 2021 Supercars series has been confirmed as taking place on November 6-7 by Supercars, the actual financial backers of the NZ round, Auckland Unlimited, have not yet been willing to confirm that the event is in fact officially locked in.

Next year’s Supercars calendar has already faced months-long delays and was only recently revealed. According to the official press release by Supercars, the Kiwi round of the event will take place one month after the Bathurst 1000.

The initial plan was for New Zealand to host the home-round of the race over the Anzac weekend – which next year falls on April 25, which is a Sunday. The initial arrangement has however since been scrapped owing to several issues experienced resulting from the Auckland Supercars Council’s race-plan for 2020. The key issue was the moving of this year’s race from Pukekohe Park to Hampton Downs because of a ban on motor racing events taking place at Pukekohe Park on Anzac Day.

But despite the obvious scheduling challenges, moving the event to the end of 2021 is considered a highly sensible decision. The reason for this is that the likelihood of a successful Tasman bubble is much higher in November than what it would have been for April.

Auckland Unlimited has in the meantime only been willing to confirm ongoing engagement with Supercars regarding a potential 2021 round in Auckland. They were however quick to add that the details of the race – including the actual venue – have yet to be finalised.