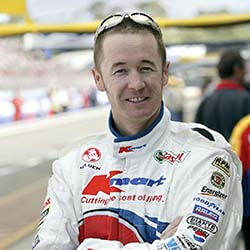 New Zealand motorsport veteran Greg Murphy has confirmed he will make a 2021 return to the New Zealand Grand Prix – 27 years after winning it at the age of only 21.

The four-time Bathurst winner won the famous trophy before going on to a super-successful career in Supercars. In doing so he followed in the footsteps of some of the biggest legends of the sport – including Sir Jack Brabham, Bruce McLaren, Chris Amon, Sir Stirling Moss, and Sir Jackie Stewart. Winning the prestigious event all those years ago was the most significant achievement of his career, Murphy said this week.

Up and coming young drivers the likes of Matthew Payne, Kaleb Ngatoa, and Billy Frazer, will all be looking to follow in Murphy’s footsteps and hopefully kick-start their professional careers by winning the 66th edition of the legendary New Zealand Grand Prix. They’ll however have to come guns-a-blazing if they’re to make their marks against a group of top Kiwis who will be in the unique position of competing in the event due to 2020’s many interruptions.

Murphy is however convinced that even though he definitely won’t be competing to merely make up the numbers, he won’t be having it easy either. Though the competitive element will without a doubt kick in, Murphy said the fact that he hadn’t done anything “serious” in a car since 2014 will require a healthy measure of perspective.

With names like Bruce McLaren and Kenny Smith competing in next year’s event, the 2021 New Zealand Grand Prix could turn into one of the biggest races in recent Kiwi motor-racing history.