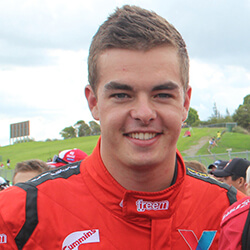 New Zealand racing driver Scott Thomas McLaughlin has been nominated for a top sports award in his home country. The winner of the Virgin Australia Supercars Championship has just been recommended to receive two Halberg Awards.

He won the Bathurst 1000 last season as well and stands as one of four finalists for the ISPS Handa Sportsman of the Year and one of 17 athletes and teams in the running for the highest one possible, the Supreme Award.

Chief Executive Officer of MotorSport New Zealand Simon Baker said that he was thrilled that another Kiwi has been recognised for their achievement in motorsports. He described Mclaughlin as one of the brightest talents in the country, calling the driver’s success in 2019 unbelievable.

After expressing his admiration for McLaughlin after he won the Championship, the Bathurst 1000, and breaking the record for Most Wins in a Season, Baker said that he was very confident that the driver will win.

Denny Hulme, Formula 1 legend, and Ivan Mauger, the Speedway star, are the only two Motorsport personalities to have secured the Supreme Halberg. Racing driver Scott Ronald Dixon CNZM has won Sportsman of the Year twice.