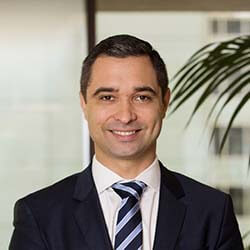 With the trans-Tasman bubble now an actual reality, and one going up this week, Supercars will get to make a long-awaited return to Pukekohe Park this November.

Supercars CEO Sean Seamer recently told members of the media that the news around the trans-Tasman travel bubble is the biggest thing for the sport in a very long time – not unlike for most sports-loving New Zealanders. He confirmed that the NZ round, i.e., the penultimate round of the season, will go ahead on 6-7 November. It will this year be just clear of two years the event has last been in New Zealand.

The goal is to put on every bit as great and thrilling a show as the last one experienced in New Zealand, which was the 2019 edition at Pukekohe, said the Supercars CEO. The NZ round was cancelled for 2020, but had initially been due to be competed at Pukekohe before being changed to Hampton Downs because of Anzac Day-related plans. Since then, the location of the event’s return once it does get to return to New Zealand, had been a hot topic of debate.

Given Supercars’ massive and ongoing investment in the New Zealand event, Seamer said it made sense for it to make its way back to Pukekohe.

And aside from everything from a logistical point of view, Seamer said Pukekohe Park provided good racing and a great viewing experience for the fans.

As for what the future potentially brings from an Auckland perspective, Seamer said the end of this year will be the perfect time for a sit-down with Supercars in order to discuss the way forward.