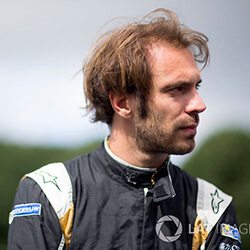 Jean-Eric Vergne has become the first double Formula E championship for the season finale that took place in New York after two rivals crashed during the final lap. Mitch Evans and Lucas Di Grassi were the favourites for win going into the race, and both needed a victory in order to claim the title.

But an attempted overtake from Di Grassi to pass Evans saw them booth run into a wall. Robin Frijns took the race victory, while Sebastian Buemi and Alexander Sims claimed second and third. The championship had a total of eight different victors for the first eight races, but it was Verge who saw the most success after a second win of the season while racing in Monaco.

Buemi’s latest win for the first race of the double-header finale had meant that the title battle came down to the last race of the season. French racer Verge who is part of team DS Techcheetah, told reporters that it was a stressful day and aggressive at the start, and then he was able to manage the situation at the end after both Evans and Di Grassi had crashed and he won.

He added that there was a lot of emotion running through his body, and that he felt proud to be part of the team and to have won once again. Frijns took this second win of the season after starting second, making a successful lunge past Sims after the Safety Car restart.