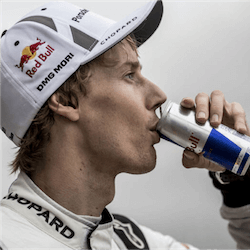 It’s been several years since he’s had to face the biggest disappointment of his life: that time when Brendon Hartley was made to believe that his Formula 1 career had ended before it even started.  That is all about to change as Hartley makes his debut Formula 1 appearance for team Toro Rosso in Texas this weekend. If you want to get behind this driver you can do so at Crownbet, where you’ll find great odds for this and other racing events.

Hartley has said that it all came to be in the way of a surprise telephone call from Toro Rosso and that he (Hartley) had found out about the selection at about the same time that the press did.  What makes his appearance at the US Formula 1 race even more of an occasion, is that Hartley will be the first New Zealand driver to compete in a Formula 1 race since Mike Thackwell back in 1984 at the Canadian F1 Grand Prix – some 33 years ago.

The Story So Far

Red Bull first took notice of Hartley back in 2006 when he was but a frenzied adolescent, signing him into their vaunted junior driver initiative.  He ended up winning the Formula Renault championship and had a shot at his first Formula 1 test by the tender age of 18.

It soon became apparent that it had been a matter of too much too early as Hartley failed to keep up the harrowing pace, and by 2010 he was dropped from all noteworthy standings.  Thinking back on the disappointing time, Hartley remembers feeling unhappy and unfulfilled, saying that he had stopped enjoying motorsports.  He soon realised that he would have to pick himself up and that’s when he discovered endurance racing.

Hartley remembers not receiving much in the way of affirmation or encouragement when he first made the call to Red Bull’s racing consultant, Helmut Marko.  Marko simply said that he had gotten the message and had left it at that at the time.

It was only three months later that Hartley heard from Marko again.

Referring to Hartley, Red Bull’s Daniel Riccardio says that he is proud of his friend for sticking around as it would have been easy simply to return to New Zealand and call it a day.

It’s a good thing he didn’t.