Supercars: The Good And The Scary 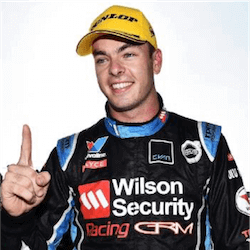 Kiwi Supercars star Scott McLaughlin has been involved in what he has described as the biggest head-on hit of his career. McLaughlin was owning the time sheets before he crashed out of the pre-season test at the Sydney Motorsport Park on Friday.

Scott suffered tyre failure whilst taking part in the 3.9km test session, causing the DJR Team Penske driver to crash head-on into a tyre wall at a high speed at the very first turn of the track. Luckily for the New Zealander, he came away unhurt. His Falcon was however not so lucky and was wrecked in the accident.

The up-side is that the Kiwi will be fine and ready to compete in the season opener, the Adelaide 500, come March the 3rd and 4th.

Meanwhile, in other Supercars news, Team Triple Eight has revealed that it has been working narrowly with Oxfordshire-based firm Wirth Research in an attempt to perfect the design and development of the team’s new ZB-model Holden Commodore Supercar.

The firm was established back in 2003 by Nick Wirth. Wirth was the founder-owner of a very brief and short-lived Formula 1 outfit named Simtek in the 1990’s. Since then, Wirth Research has been involved in quite a number of development categories, most notably its F1 stints. In 2010, the firm teamed up with Virgin Racing and produced a grand prix car sans the use of a wind tunnel for the team’s debut during that year.

The fact that wind-tunnels are banned in Supercars has been the starting point for the Team Triple Eight / Wirth Research development partnership. Wirth Research provided technology that is as of yet unavailable in Australia and New Zealand, all relating to CFD knowledge.

Distance Not An Issue

Roland Dane, owner of Team Triple Eight, said that physical distance did not prove to be any problem during the development process and that the relationship with Wirth, if anything, has brought Triple Eight up to standard as far as ground breaking leading levels of expertise were concerned.

Dane also said that the time difference between the United Kingdom and Brisbane did not prove to be any kind of an issue, as the team at Wirth Research had continuously gone above and beyond in ensuring absolute quality in service delivery.

Dane confirmed that the team’s partnership would be an on going thing, extending into the current year and Supercars season as well.