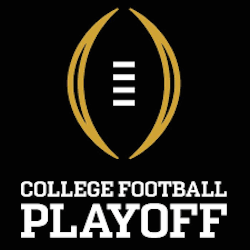 The 2018 College Football Playoff National Championship is a culmination of a year of blood, sweat and a lot of tears in the world of College Football.  We take a look at what to expect and who the likely contenders will be when looking at Clemson and Alabama.

If Clemson were a person, he’d be that guy.  The one in the flashy car who always gets the girl.  The Tigers are where they want to be and enjoying every minute of it as they head into the playoffs and prepare to take on Alabama in the Sugar Bowl.  No other teams have made the playoffs as often as Clemson and Alabama, let alone face each other for the third year in a row.

Coach Dabo Swinney has adopted a sound attitude, saying that the Sugar Bowl was simply the next game to play.  He has stuck to his preparation guns and has been preparing the Tigers to face Alabama as if it were any other team on any other day.  And yet, even coach Swinney cannot deny that the outcome of the Sugar Bowl match-up will have far-reaching effects in the world of College Football for the coming year.

Alabama seems to have adopted a definite underdog status and attitude in the run-up to the match against Clemson.  Worst of all is, it’s completely self-imposed.  Hale Hentges offers an explanation by referring to last year’s Sugar Bowl, saying that it all started back then when Alabama were bested by Clemson.  Hentges said that this only served to spur Alabama on even more.  According to Hentges, Alabama is hungry for the win and would be doing everything in their power to turn the tables on Clemson when the Sugar Bowl rolls around.

This will be the third consecutive year that Alabama and Clemson will be squaring it off at the Sugar Bowl.  The score so far is 1 all, which makes it all that more exciting as this year will be the ultimate tie breaker.