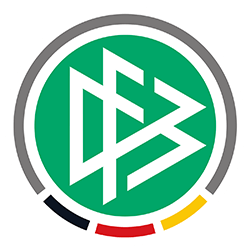 Two German coaches have been banned and fined for the use of fake vaccination records.

According to the German Football Federation, Markus Anfang and assistant coach Florian Junge were found guilty of having procured and used fake passes falsely identifying them as fully vaccinated.

The federation confirmed that the pair had used the fake vaccination passes for the purpose of exemption from tests performed at the club. They also presented said passes to local health authorities in order to avoid having to enter into isolation after close contact with an infected person.

When doubts over the legitimacy of his pass were first raised in November last year, Anfang had denied the accusation. He claimed at the time that he had indeed been vaccinated. Both he and Junge stepped down fro their respective positions shortly after.

Since Junge and Anfang had eventually admitted to having done wrong, their bans have now been converted into a probation period set to start in June. This, explained Lorenz, will allow them to seek new employment contracts in time for the 2022-2023 season.

In Germany, either proof of full vaccination, or proof of a recent recovery from infection is required in order for people to be allowed into restaurants and other public venues.