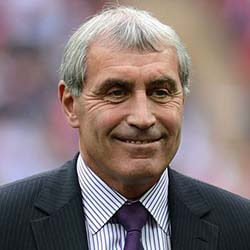 Former England footballer Peter Shilton has reportedly called on No. 10 Downing Street for a ban to be imposed on betting firms advertising on the shirts of footballers.

The ex-goalkeeper and his wife Sheph presented a 12,000-signature petition to British Prime Minister Boris Johnson on Wednesday. The petition comes at an important time for gambling operators and teams alike as it coincides with the British Government’s current reviewing of the 2005 Gambling Act.

Shilton claims having suffered from an addiction to irresponsible gambling habits for all of 45 years. He says he only managed to finally kick the addiction about 6 years ago.

According to the 71-year-old, the time is now for the law around gambling advertising to change. Shilton this week told a BBC reporter that a failure to do so will only lead to disappointment in the British government.

Gambling and betting operators each year sponsor a large portion of England’s top 44 Premier League and Championship clubs. Imposing a ban on these sponsorships could cost an already embattled football industry a further $78 million a year. Such a ban, if imposed, will inevitably lead to some clubs going completely under.

Shilton said this week that in his own personal opinion, having to rely on “gambling-funded” sponsorships means there’s something wrong with how the finances of a club or organisation are being administrated.

The former pro-footballer claims to have lost tens of thousands of pounds to his gambling habit. He says he now wants to help others avoid falling into the same trap.