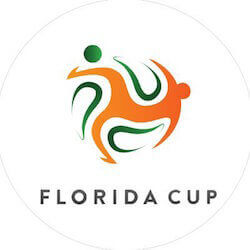 The Florida Cup is the best in club Football and is played in the sunshine state of Florida.  Famously dubbed, “where clubs become nations”, this year’s Florida Cup commenced on January 10th.  The mid-season tournament is played across Orlando, Lauderhill and St Petersburg, Florida.  This year will be the fourth time that the Florida Cup is held, with Wolfsburg and Cologne having been two of the past clubs to have won the cup.

Orlando City Stadium, Spectrum Stadium, Al Lang Stadium and the Central Broward Stadium have all been included as venues in this year’s exciting line-up.

The 10 day period between 10 and 20 January will see each team competing twice.  The winners are the team with the most points at the end of the tournament.  In the event that a match is a draw, a penalty shoot-out is played.  The winner of the shoot-out is then awarded an additional point.

Three points are awarded to the winner of a match and one point standard for a draw.  The additional shoot-out point has been notorious for making an unexpected difference.  A sliding scale exists in the event that two teams end up with the same amount of points after both their games have been concluded.  As mentioned, the winner is decided by the number of points gathered, then the goal difference, thereafter the goals scored and lastly, the goals against.

The January 10th opening match between Corinthians and PSV has ended in a draw and subsequent penalty shootout.  Corinthians won the shootout, resulting in an additional point for the club from Brazil.

Had it not been for Sam Lammers’ dramatic goal, PSV would have been worse for the wear.  It was Corinthians midfielder Rodriguinho who had taken his team into the initial lead during the first half of the match.  PSV enjoyed the bulk of opportunities during the game’s first 20 minutes but fell short of using their chances.

By the time the break rolled around, Corinthians had decided to change the entire team.  This resulted in a definite mental roll-around and advantage for PSV, who kept the pressure on when the game commenced.

The two teams ended up with a goal each, which was what ultimately led to the penalty shootout.