Arteta Is Back at Arsenal as Manager 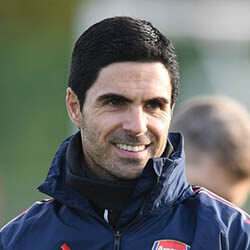 Former Midfielder Mikel Arteta is positive he’ll have his old football club, Arsenal, challenging for top honours again soon and has requested fans’ patience after becoming Head Coach on a contract extending 3 ½ years. He is replacing Unai Emery, a fellow Spaniard, who was fired in November.

Arteta says he’s honoured to take up his new position thanks to Arsenal being one of the most respected clubs in the world. He stated that he intends to make sure the team is once more in the running for top trophies after the worst run of form the squad has seen in almost 30 years. He said that there’s hard work ahead, but he’s more than confident that Arsenal’s players are capable of achieving greatness once more. He stated that while it won’t happen overnight, the talent of the current squad is phenomenal and there is a pipeline filled with excellent young players from the academy to draw on as well.

Emery was very gracious about his successor, stating soon after Arteta’s appointment that it was the right choice. He said that the rookie is well prepared to take this leap thanks in part to his success at City.

Head of Football Raul Sanllehi said that after reviewing numerous first-rate candidates, everyone agreed that Arteta is the perfect fit. He said that everyone is eager to see him getting to work, getting the best out of the team, and working at putting the club back on track.