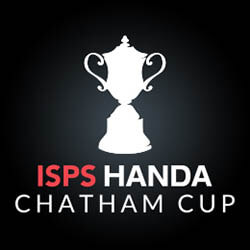 New Zealand Football has decided to cancel the Chatham Cup, which was first contested almost 100 years ago, in 1923, along with the Kate Sheppard Cup National Women’s Competition due to the ongoing novel coronavirus COVID-19 pandemic.

Preliminary rounds for each competition were originally set to unfold over this weekend and the Finals were scheduled for the 13th of September.

Chief Executive Officer for NZ Football Andrew Pragnell has let it be known that the decision to cancel both these competitions was only made after lengthy discussions with the seven Federations had been undertaken. He added that they are all working hard on determining the details of what the Community Football season will look like and how it’ll operate once it’s been given the green light to go ahead.

Pragnell said that both Cups are hugely important to the New Zealand calendar and give clubs all over the country the opportunity to contest one another in the hopes of national glory. He explained that that was why this decision was not made lightly but it’s obvious that the contests can’t go ahead in their existing format within the timeframe they’ve been allotted. He added that additional constraints that the Football community is now facing have had to be taken into account as well.

Pragnell said that getting Community games back up and running is the main priority right now so that the more than 150 000 Kiwis who indulge in their passion for The Beautiful Game every weekend can get back to some semblance of normal as soon as possible.