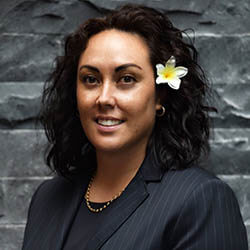 The FIFA Chief Officer for Women’s Football, Sarai Bareman, has worked hard to raise the numbers of female athletes in the sport. One of the aspects she has focussed on is enhancing its commercial value, but she is concerned that what the success she has seen could be lost in the wake of the COVID-19 pandemic.

Because Women’s Football is still in its infancy, it is in danger of going unnoticed in the post-novel-coronavirus landscape, but Bareman is determined to keep the momentum she has built up going.

Bareman spoke of battling outdated mindsets around financial support and described how women’s tournaments are still sometimes getting bumped in favour of the men’s games. She says she will make sure that female athletes get the money meant for them now, though.

Bareman said that her main goal is to make sure that funds and resources that have been earmarked for Women’s Football should remain there and not fall by the wayside as we emerge from the lockdown. The gulf between the Haves and the Have-Nots should not be allowed to widen now and Bareman says this is the perfect time for FIFA to start making parity a priority.

The CO stated that the focus should be on finding ways to help those that have fewer resources at their disposal, providing them with more funds and a better support system that they can dip into as they need to. Bareman says the biggest challenge is historical and explained that it’s time to shift the perspective that Women’s Football is a cost exercise rather than one that generates revenue.