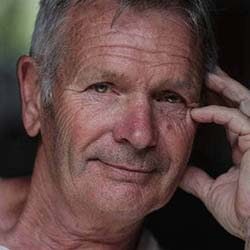 A retired Christchurch footballer says he has every reason to believe his early-dementia diagnosis to be closely linked to years of concussions and knocks to the head sustained while playing professional sport.

67-year-old Kees Doornenbal was diagnosed with dementia in February 2019. His diagnosis came after his wife grew suspicious of recurring spates of extreme forgetfulness. Doornenbal says he himself soon grew frustrated with the situation too, a frustration fueled by an inability to express himself and “getting out” what he had been trying to say and communicate.

Doornenbal, a native from the Netherlands, played for Christchurch United in the national league until his 30th birthday. He started playing football at only 5 years of age.

According to the former footballer, initial scans showed no evidence of any physical damage caused by an impact to the head and/or brain. He however grew worried due to the outcomes of ongoing research conducted regarding the long-term effects of heading footballs. He recalls having suffered multiple head injuries throughout the course of his professional sports career – including two or three knocks to the head that had knocked him out cold.

Although research has yet to establish a clear connection between heading and dementia and other cognitive and neurodegenerative diseases, the findings that have been made thus far have prompted several countries to forbid heading practices for young players under a certain age.

New Zealand has however not yet banned the practice. The last review into heading and its connection with neurological diseases was conducted in March last year, with the next review scheduled only for 2022.