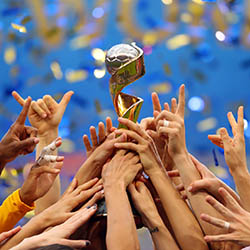 The FIFA Women’s World Cup 2023™ inspection team has kicked off its visit to Australia and New Zealand.  Football Federation Australia and New Zealand Football are eagerly anticipating giving delegation members a demonstration of the vision and detail of their proposal which outlines their co-hosting the largest Women’s event in the world of sport.

As their inspection visit unfolds, the representatives will learn about how the bid from Australia and New Zealand will strive to deliver technical excellence at each level, with players’ interests kept as the top priority for the duration of the competition.

FFA and NZF are collaborating to combine their strengths and host the inaugural 23-nation FIFA Women’s World Cup 2023™. With support from both governments, the duo has promised to highlight Women’s Football in Oceania, working as one to deliver a celebration of the highest quality of women’s contribution to The Beautiful Game.

The event will unfold in June, July, and August this year, winter in the southern hemisphere, providing perfect conditions for players and hosted at an optimal time for supporters travelling from the northern hemisphere. Additionally, Australia and New Zealand’s passionate sports lovers will make sure stadiums are packed for each match.

Johanna Wood, President of the NZF and Council Member of FIFA, believes that this bid is not only the first of it’s kind but a recognition of the growth of Women’s Football too, and an opportunity for two diverse nations to partner naturally with FIFA to promote equality and fairness.