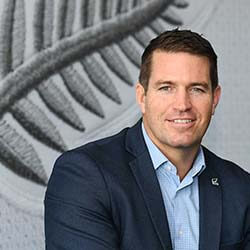 Christchurch may have missed out on the rights for hosting the 2023 Women’s World Cup, but, says New Zealand Football chief Andrew Pragnell, he’s committed to ensuring that the stadiums at Auckland, Hamilton, Wellington, and Dunedin, are filled to overflowing with Kiwi fans and that a legacy is left behind countrywide.

The four mentioned NZ cities were confirmed on Thursday as the cities selected to host games at the 2023 women’s football’s showpiece event. The cities will be joined by Australia’s Sydney, Perth, Melbourne, Adelaide, and Brisbane.

Even though Pragnell says it remains a travesty that Christchurch, the country’s third largest city, has not been selected to host, the city will still be made to feel “part of” the tournament, along with all other towns around New Zealand. What’s more, the long-term goal is to bring both Ferns and All Whites games home to Christchurch, said Pragnell, and having a perfect stadium “at home” by 2024, will certainly ensure that, he explained.

Pragnell also said he’s confident the New Zealand public would turn up to fill Eden Park, Sky Stadium, FMG Waikato Stadium, and Forsyth Barr Stadium when the time came. FIFA has a massive marketing machine, said Pragnell, and that marketing machine will ensure that the event is advertised to be the world-class international sports extravaganza that it truly is. This, if anything – the fact that New Zealanders will be aware that the eyes of the international world will be on them – will ensure that Kiwis are ready to fill local stadiums once the time comes, he explained.