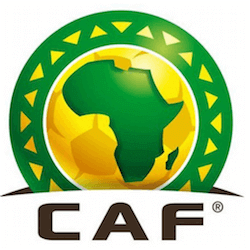 The last warm-up game has been played between Rwanda and Algeria before the 2018 Africa Nations Championship gets underway on January 13th.  The warm-up friendlies are a valuable means to assessment for coaches as they offer insight as to what might happen further down the line when a tournament officially commences.

For Amavubi coach Antoine Hey it will in all probability merely serve to confirm what he already believes to be true: that the Rwandan national team will be spirited and up to the challenge in every way.  Speaking to the press, Hey said that the players were in good form and that the warm-up games do not only provide insight for coaches, but are also of good use to players, who ultimately end up performing better as a result of having warmed up and prepared properly.  It’s as much a mental warm-up as what it is a physical one.

The Africa Nations Championship is open to players playing in domestic leagues only and is Africa’s second biggest international tournament event.  Rwanda will be making an appearance for the second time.

Will Nigeria Put Their Money Where Their Mouths Are?

Nigerian players have managed to attract quite the reputation for blowing their own horns and then failing to follow through.  This year will certainly not be the first time that the Super Eagles have put on a tremendous show of confidence.  And really, the last time that this happened, things did not end well for Nigeria when they returned home without the trophy.

The truth is that Nigeria’s performance in the Africa Nations Championship has been less than satisfying, let alone anything to write home about.  In fact, they did not even manage to qualify for the first two instalments of the event, 2009 and 2011 respectively.  They lost the 2009 qualifying match to Ghana and the 2011 qualifier to Niger.

They eventually managed to get a foot in the door in 2014, but that’s just about where it stopped for them.  Despite their boastful talk ahead of the championship of that year, they ended on a rather anti-climatic note of having finished in third place with a bronze medal victory over Zimbabwe.

Then came 2016, when they failed to even make it out of the group stage.

Despite their overall standing and reputation in African Football, Nigeria will have to come to the party in a big way if they are to justify their braggery this year.