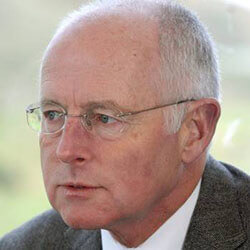 Before he stepped down from illness last July, he was the head of Auckland Football. There’s no denying that the impact that MacGowan had on New Zealand sporting was felt for decades, especially in football.

MacGowan first came to New Zealand in the 1950s from Scotland when he was seven. He played football with Blockhouse Bay at a National League Level before deciding to turn to coaching. He saw success as a coach, and worked for a number of clubs, including Waikatere City and East Coast Bays. His role as a coach earned him Auckland coach of the year twice.

It didn’t take long for MacGowan to move on to administration, however, which is where he saw the most success. He worked as NZF as CEO, firstly during the early 1990s, and then again between 1999 and 2004.

Terry Maddaford, former Herald football writer, has told reporters, “He was committed to doing all he could to growing the game. He was one of the first CEOs that came into sport for the right reasons and he knew the importance of the media. He wanted to make sure you were informed, and never said no comment to a question.”

MacGowan’s achievements and impact on national sports means he will be missed by many.