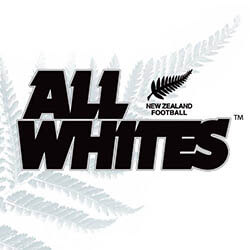 The All Whites are going to be playing Bahrain soon, in the next international window, for the first time since their intercontinental showdown in 2009. New Zealand Football is expected to confirm the away game against the island nation of the Persian Gulf and one against Oman for the end of March 2020 soon.

The All Whites and Bahrainis met over two legs as 2009 was drawing to a close, with each team seeking a place at the 2010 South African World Cup. They couldn’t be separated in the first stage in Manama in October of that year, but a header from Rory Fallon in Wellington the following month saw New Zealand gaining entry to the World Cup for the first time since 1982.

The All Whites last played against Oman in November 2015, where a goal from Chris Wood gave the team a win of 1 – 0. Currently, both Bahrain and Oman are in the midst of the first Qualifiers stage for the 2022 World Cup out of the Asian Football Confederation. Bahrain is set to host Cambodia before they take on our boys and Oman will be travelling to Afghanistan after their game.

Danny Way, Coach for the All Whites, will be hoping for the first win for his squad since he took over during this March window, running from the 23rd to the 31st. His tenure started off on the wrong foot, with two losses, one to the Republic of Ireland and one to Lithuania.