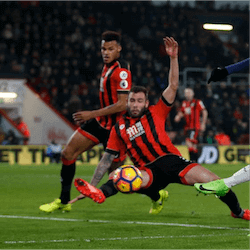 Let’s look at next week’s English Premier League matches and their average odds.

9th September – Manchester are the 1.85 favourite with Liverpool receiving 2.75.  Manchester City are heading into the match after a 2-1 win against Bournemouth last week.

9th September – Bournemouth are toughing it out with odds of 6 and higher at most bookmakers.

Arsenal are coming into the match off 2 losses which could mean a potential good bet on the underdogs Bournemouth.

9th September – Favourites Brighton are available at 1.62 and lower with West Brom on even odds.

West Brom have been in great form while Brighton have racked up a hatrick of losses so far this season.

9th September – The Spurs can be found at 1.05 and higher as the favourites here.

Unfortunately Everton have not shown the form that would convince us of going for their 2.65 odds.

9th September –Leicester have had some high scoring games this season but Chelsea has a lot of momentum coming off two wins after a loss to Burnley in the opening games.

Leicester is available at 4.5 with Chelsea on 1.8.

They are on 4.5 against favourites South Hampton who receive 1.6.

9th September – City is available from 6, but it is not a bet with potential value.

United are available at 1.5 and sure to come out on top with superior offense and defence.

10th September – Burnley have been doing great and are the favourites by a small margin. 2.3 for Burnley, 3.3 for Palace.

Burnley have had great wins against Chelsea and they come off a fantastic draw against the Spurs, making them a great bet.

10th September – Swansea are the 1.35 favourites against an even money Newcastle. Both sides pulled a rabbit out of the hat last week with their first wins of the season.

Swansea’s defence could give them the edge here.

11th September – Favourites West Ham are on 1.8 and Huddersfield are available at 4.3. West Ham has not shown any reason why the scrappy Huddersfield side can’t potential come out on top.

West Ham comes off a series of punishing losses while Huddersfield have two convincing wins under their belt.