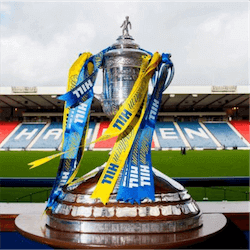 Scottish Cup: More Than A Century Of Football History

The Scottish Football Association Challenge Cup, better known as the Scottish Cup, is about as prestigious as it gets as far as club football in Scotland is concerned.  You’d have to travel more than just a few Scottish miles to find anyone more passionate about club football than the Scots.  The Scottish Cup has a long and intricate heritage and history, and the very first competition was held more than a century ago in 1873-74 when the final was won by Queens Park in March of 1974.

The really interesting bit is the format of the tournament.  The pairs who are to play each other are drawn at random at the beginning of each round.  The first team drawn represents the home team.  The competition is played in knock-out style, with the winner proceeding to the next round.  Clubs qualify automatically.  The only pre-requisite to play is that the club must me a member of the Scottish Football Association.

Grant went as far as to say that the club’s participation in the fourth round is the biggest day in the existence of the club.  He said that it was a phenomenal achievement for any club in the Highland League to get as far as Round 4 in the competition.

Cove Rangers secretary Duncan Little agrees.  Little has been involved with Cove since the club joined the Highland League back in 1986.  Little marvelled at the possibility of the club reaching Round 5, saying that it would be a thing of brilliance for the club and almost unthinkable.  He said that it would be the ultimate achievement for the Cove Rangers, and the best since he (Little) joined the club.

Little said that progressing as far as the fourth round was in itself a great and prestigious honour and event and that progressing well in the Scottish Cup was the biggest deal for any club and in any competition.

The Cove Rangers have been progressing a little further each year and this year is the reward for a lot of hard work and effort.