VAR-Tech To Be Used At African Nations Cup 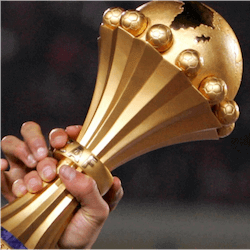 Referees with previous experience in the operation and interpretation of VAR technology will be called upon before the championship commences on January 13th.  The tournament will be played across four Moroccan cities: Casablanca, Marrakech, Tangiers and Agadir.

Morocco wasn’t scheduled to host the tournament from the word go.  They were only appointed hosts after it became apparent that the initial appointees, Kenya, were not making sufficient progress with preparations for the championship.

The tournament is intended for locally-based players and the overall development of African countries and host countries are expected to ensure that they have the means and resources to host the championship before bidding to do so.

Meanwhile, still talking Kenya, Libyan team coach Omar Elmaryamy has said that he is very satisfied with his team’s recent performance in the Cecafa Tournament in Kenya, and that this would serve as in inspiration for his squad to do well in the upcoming African Nations Championship.

Three Egyptian referees have been appointed to adjudicate at the upcoming African Nations Championship, despite the fact that Egypt has withdrawn from the championship tournament.  Gehad Grisha has been selected as one of seven of the Video Assistant Referees.  Ibrahim Nour El-din has been appointed as main referee and will be duly assisted by fellow country-man Mahmoud Abou El-Regal.

Nigeria’s captain, Ikechukwu Ezenwa, has issued a stern warning to his squad that they should not be harbouring a complacent attitude ahead of taking on Libya or Rwanda, especially not since they (Nigeria) were trying to shake the underachiever reputation that they had previously attracted at African Nations Championship tournaments.

Nigeria failed to even qualify for the first two tournaments and eventually managed to finish in third position in 2014.  Last year was another dismal year, when they were forced to make a shock exit after the very first round.