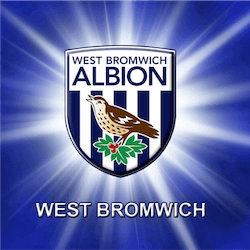 Barely ten days before they are due to face Southampton in the FA Cup Round of 16, English football club West Bromwich Albion got embroiled in a racism scandal that could see them lose key forward Jay Rodriguez at a crucial stage.

On Thursday, February 8, Rodriguez was charged by England’s Football Association for an incident in a January 13 match against Brighton & Hove Albion, in which he allegedly spat racist abuse at Cameroon-born left back Gaetan Bong. The FA Cup is holding Rodriguez to account for allegedly using “abusive and/or insulting words” which included a reference to Bong’s “ethnic origin and/or colour and/or race”.

If he’s found guilty, it could have serious consequences for the club at a critical stage of the FA Cup – in 2011, striker Luis Suarez was missing from the Liverpool front ranks for eight matches when the FA found him guilty of racist abuse, following an altercation with Man U’s Patrice Evra.

‘You Are Black and You Stink’

After the two collided during January’s West Brom vs Brighton match, Bong claims Rodriguez said to him: “You are black and you stink.” Either sentiment, expressed separately, might have left Rodriguez some wiggle room.

Connect the two in the same sentence, however, and it’s hard to see how it can be construed as not racist; as far as racist tropes go, that’s a fairly old and familiar one.

As soon as the charge went public, Rodriguez took to Twitter to protest his innocence vociferously, which is to be expected, given what’s at stake. If found guilty, he could face the same fate as Chelsea’s John Terry after he racially abused QPR defender Anton Ferdinand in 2012: a four-match ban and a hefty fine.

This is a ‘he said-he said’ case, so it could boil down to whomever the FA believes. But footage of the incident, which shows Rodriguez holding his nose and waving a hand in front of his face as if there’s a stink, certainly backs up Bong’s version.