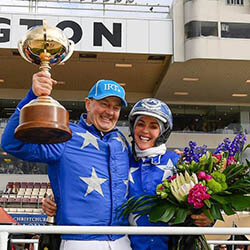 Shocking news this week is that New Zealand’s most successful horse racing stable is about to be disbanded. All Stars Racing will officially cease all training and operations on December 31, 2020.

According owners and champion harness racing trainers Mark Purdon and Natalie Rasmussen, the call to disband follows their own decision to take a year-long sabbatical from the training and horse racing industry. Unsure of whether they’ll continue working in the industry upon their return, they have said that they aren’t currently willing to wager a guess regarding the future. If they do choose to become involved in the industry again at some stage in the future, the couple told the media earlier this week, then their involvement will be on a much smaller scale than what had been their journey alongside All Stars Racing.

The couple did confirm their intention of holding on to the property that has up until now been the state-of-the-art home of the famous racing and stabling brand. Current stable foreman Hayden Cullen and wife Amanda will for the foreseeable future take care of the property – with Purdon and Rasmussen on hand to assist during times of major carnivals and other large-scale events.

Purdon is a legend in his field and a man considered a natural trainer of champion racehorses. Since he started training on his own in 1995, Purdon has trained the local winners of championship money very nearly touching on an incredible $60 million. He has also repeatedly won most of Australia’s cash-richest events.